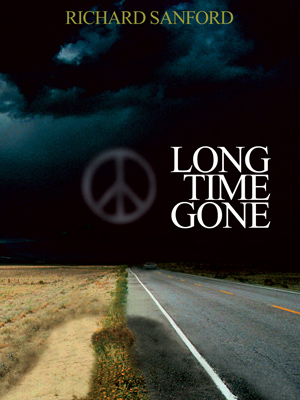 An epic novel of passion, loss, and discovery set in the days of the Vietnam War—days that defined a generation.

Vernon Case is missing. For Cal Stewart, a disc jockey in Harriet, Mississippi, Vernon is much more than a runaway. He is the only heir of Po Case, the old man who raised Cal like a father. With an oath to bring Vernon home, Cal is caught up in the winds that whip the American firestorm in 1968, the year of RFK and King and Daley's army in Chicago.

A Detroit Buddhist who peddles tropical fish, a ghost of a best friend, a dark angel in a Philadelphia tenement, a band gone underground on the Boston wharves, a girl-woman lover and soulmate—all swirl together in the river of change that sweeps Cal from his homeland to another America.

For Cal and everyone he meets, and for all who knew that precious time or want to know it, Long Time Gone is the way it was.

The 60s novel I've been waiting for. The events of 1968 serve as the backdrop for this well-written but accessible novel about a young southerner looking for a missing friend and finding himself... A remarkable book.